Mine eyes have seen the glory of the coming of the Lord;
He is trampling out the vintage where the grapes of wrath are stored;
He hath loosed the fateful lightning of his terrible swift sword:
His truth is marching on.

I have seen him in the watch-fires of a hundred circling camps;
They have builded him an altar in the evening dews and damps;
I can read the righteous sentence by the dim and flaring lamps;
His day is marching on. [Refrain]

He has sounded forth the trumpet that shall never call retreat;
He is sifting out the hearts of all before his judgment seat;
O be swift, my soul, to answer him; be jubilant, my feet!
Our God is marching on. [Refrain]

In the beauty of the lilies Christ was born across the sea,
With a glory in his bosom that transfigures you and me;
As he died to make us holy, let us die that all be free!
While God is marching on. [Refrain]

Instead of seriously pressing the argument that the abortion right itself has deep roots, supporters of Roe and Casey contend that the abortion right is an integral part of a broader entrenched right. Roe termed this a right to privacy, 410 U. S., at 154, and Casey described it as the freedom to make “intimate and personal choices” that are “central to personal dignity and autonomy,” 505 U. S., at 851. Casey elaborated: “At the heart of liberty is the right to define one’s own concept of existence, of meaning, of the universe, and of the mystery of human life.”

The Court did not claim that this broadly framed right is absolute, and no such claim would be plausible. While individuals are certainly free to think and to say what they wish about “existence,” “meaning,” the “universe,” and “the mystery of human life,” they are not always free to act in accordance with those thoughts. License to act on the basis of such beliefs may correspond to one of the many understandings of “liberty,” but it is certainly not “ordered liberty.”

Ordered liberty sets limits and defines the boundary between competing interests. Roe and Casey each struck a particular balance between the interests of a woman who wants an abortion and the interests of what they termed “potential life.” Roe, 410 U. S., at 150 (emphasis deleted); Casey, 505 U. S., at 852. But the people of the various States may evaluate those interests differently. In some States, voters may believe that the abortion right should be even more extensive than the right that Roe and Casey recognized. Voters in other States may wish to impose tight restrictions based on their belief that abortion destroys an “unborn human being.” Miss. Code Ann. §41–41–191(4)(b). Our Nation’s historical understanding of ordered liberty does not prevent the people’s elected representatives from deciding how abortion should be regulated.

…allow me to observe that what we are facing in this particular moment of history is a powerful reminder to us that the Priesthood is not for the faint-hearted.  Of course, it never was.  But for a long time, up until recently, we lived in a society that allowed us to imagine that it was.  Let us not fool ourselves any longer.  And know how deeply grateful I am to you for being with your people, shepherding them, challenging them, and leading them to the green pastures that are deeper life in our Lord Jesus Christ. 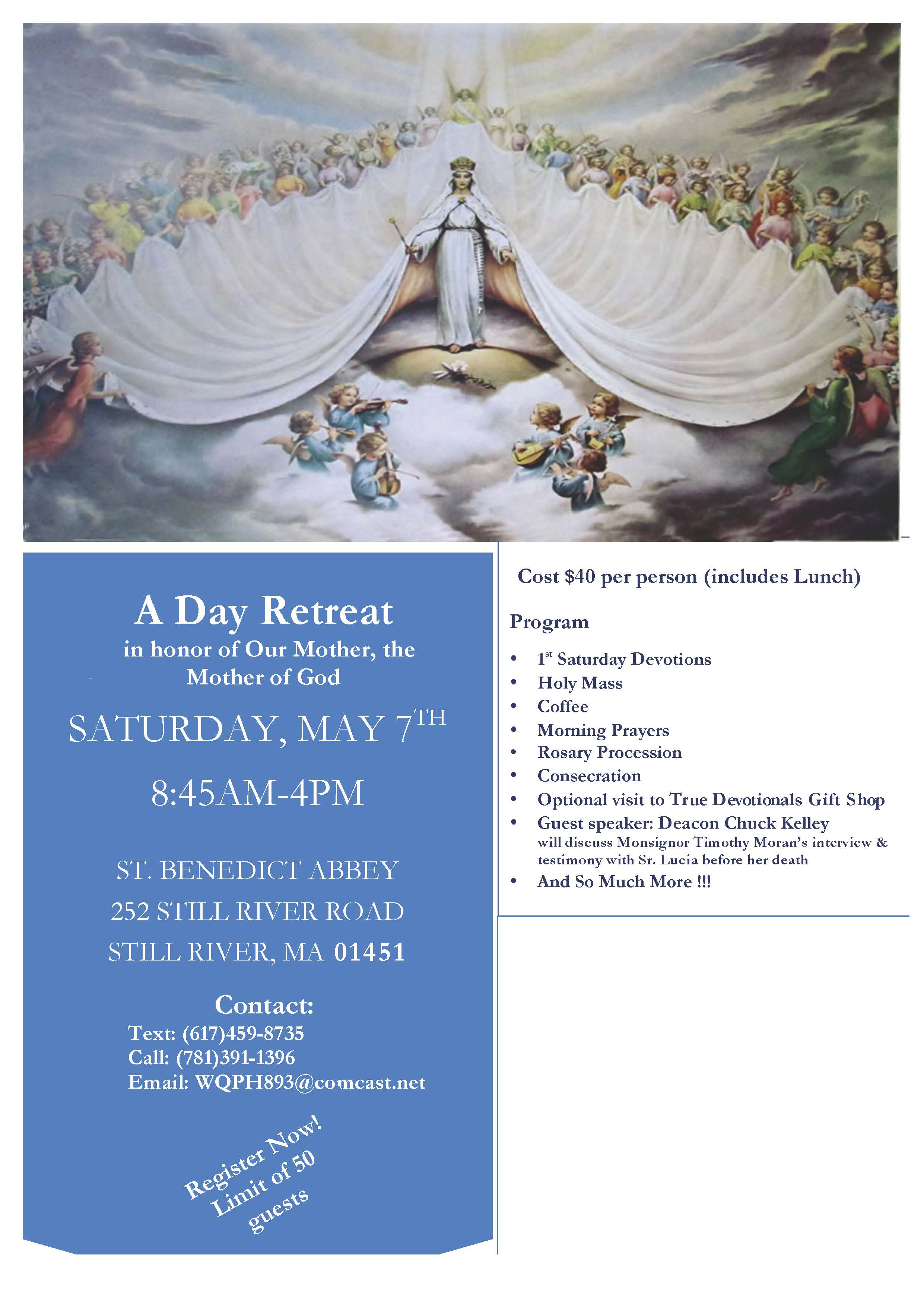 Call your bishop and ask him to join the Pope’s consecration according to Fatima. We know that God is merciful and hears our prayers, especially if we do so with Our Lady. Let us all join in praying this Novena which starts tomorrow, and hope against all hope that God will hear our cries and convert us and Russia, and bring peace.

Hear the word of the LORD, princes of Sodom!
Listen to the instruction of our God, people of Gomorrah!

Wash yourselves clean!
Put away your misdeeds from before my eyes; cease doing evil; learn to do good.
Make justice your aim: redress the wronged, hear the orphan’s plea, defend the widow.

Reading I for Tuesday of the Second Week of Lent, 2022

On Friday 25 March, during the Celebration of Penance at which he will preside at 17.00 in Saint Peter’s Basilica, Pope Francis will consecrate Russia and Ukraine to the Immaculate Heart of Mary. The same act, on the same day, will be carried out in Fatima by His Eminence Cardinal Krajewski, Apostolic Almoner, as envoy of the Holy Father.

Statement by the Director of the Holy See Press Office, Matteo Bruni, 3/15/2022

O Most Holy and Blessed Trinity, through the intercession
of Holy Mary, whose soul was pierced through by a sword
of sorrow at the sight of the passion of her Divine Son, we
ask your help in making a perfect Novena of reparation with
Jesus, united with all His sorrows, love and total abandonment.
We now implore all the Angels and Saints to intercede
for us as we pray this Holy Novena to the Most Holy Face
of Jesus and for the glory of the most Holy Trinity, Father,
Son and Holy Spirit. Amen.

Psalm 51,3-4.
Have mercy on me, O God in your goodness,
in your great tenderness wipe away my faults:
wash me clean of my guilt, purify me from my sin.
O most Holy Face of Jesus, look with tenderness on us
who are sinners. You are a merciful God, full of love and
compassion. Keep us pure of heart, so that we may see Thee
always. Mary, our Mother, intercede for us; Saint Joseph.
pray for us.

Through the merits of your precious blood and your Holy
Face, O Jesus, grant us our petition (state your intentions) Pardon
and mercy.